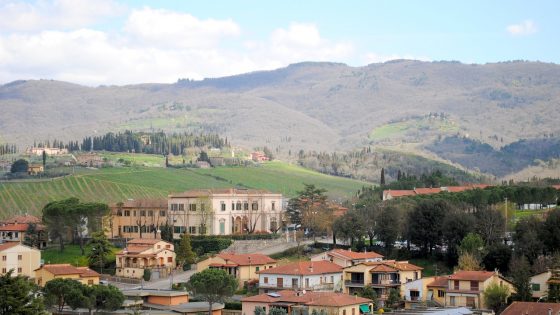 When I first started really getting into wine, I remember always being very intrigued by Chianti. And with that bulbous bottle and straw basket it traditionally comes in, it’s hard not to be intrigued. When I finally decided to pick up a bottle of my own, I quickly came to really love the varietal.

Where Does Chianti Come From?

Chianti really is a special wine quite unlike any other. The region of Chianti is a tiny area in the heart of Tuscany between Siena and Florence and overlooks the Elsa Valley. The land is fertile with olive groves, green forests, and those delicious grapes just waiting to be picked off the vine and smashed into Chianti wine.

For many years, Italians have enjoyed the prestige of being recognized for having the largest harvest of grapes and the finest vintages of wine in the Mediterranean. Present day farmers have the Phoenicians to thank for bringing vines to the area. They named the area, ‘Oenotria’, the ‘land of wine.’ The ripe fields, combined with the sun and Tuscan air led many others to this area to cultivate the grapes including, the Greeks, Etruscans, and Roman. In many cases, these cultures brought their own vines to mingle with the originals.

While the earliest known record of Chianti wine dates back to the 13th century, it wasn’t until in the late 1960’s that Chianti started its journey to global popularity. The land of the Chianti area was in a down cycle. Visionaries, seeing the obvious advantages of such beautiful countryside and fertile soil, bought the land rebuilt the vineyards to become some of the most credited vines in the world.

What makes the land unique in the area is the climate of the region. The warmth which is constant, lasts much of the year with little rain fall. The soil is dry and full of stones infused with limestone providing many nutrients and minerals for the grapes. In addition, the clever vintners of the area only allow a limited amount of irrigation through the fields; therefore the vines have to delve deep into the ground to acquire water and nutrients.

The Italian government has its own classification for wine making with specific requirements for growing and making the wine. DOCG, which stands for Denominazione di Origine Controllata, and is similar to the French AOC. These government standards control the techniques from each of the eight regions of Chianti, keeping the regions wine making unique. The regions of Chianti are Chianti Classico, Colli Arentini, Colli Fiorentini, Coli Senesi, Colli Pisane, Montalbano, Rufina, and Montispertoli.

Chianti Classico is the most widely known wine of the region, not only for its name, but also for the superb quality. This wine comes from the vines species called vitis vinifera, which is the starting point for 99% of the wines in the world. Of this vine, Italy grows more than 100 official varieties. 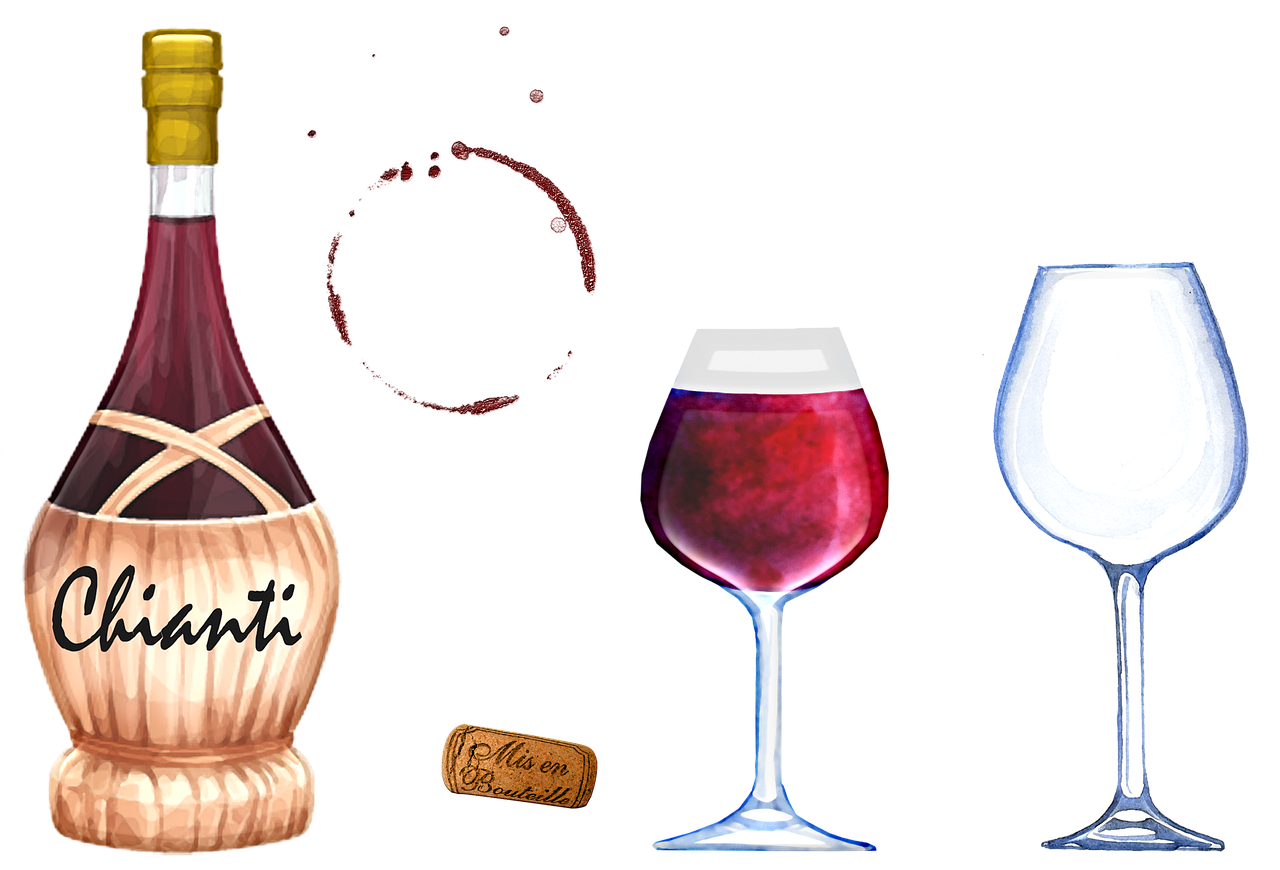 The Grapes of Chianti Wine

In the Chianti region, which makes up roughly 25,000 acres, two thirds of the land is given to the production of the Chianti Classico, and uses at least 80% of the Sangiovese grape. In the other 20% of the region other wines are made using Sangiovese blended with Canaiolo and Colorino. For the white wines a Trebbiano or Malvasia are used. Again, the government controls the yields to nine tons in order to maintain a premium wine.

The lush red wine of the Chianti that pours into a glass like pooling velvet grows darker when aged. The flavors that wash across the tongue are dry, slightly tannic, with an intense aroma, sometimes hinting of violet. The vintners have no requirements mandated by the government regarding the aging process, but most use aged oak casks for their most savory bottles of wine called Riserva wines.

Like the Romans, the dry red has stormed the land, and today is well known all around the world. Yet it is the humble vintner creating this amazing wine that has the wine world at their feet. Today, when I’m drinking wine on any special occasion, you can usually find me enjoying a glass of my favorite dry Italian red, Chianti.

Stephen is a professional musician, writer, and community manager for Wine Cellar Liquidators. He also has a passion for traveling and wine. You can find more of his writing at StephenWillis.co and check out his music at MyEclecticSelf.com