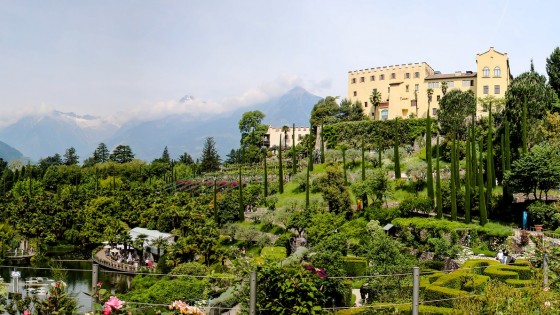 The Rising Importance of Wines From Sicily

There are a number of things that make Sicily such a unique place in the world.

1) it has been a strategic crossroads of the western world for 2,500 years;

2) there is evidence that that Mycenaean traders cultivated grapes in the Aeolian Islands as early as 1,500 B.C. and that wine has been embedded in the Sicilian culture since that time

3) nowhere else in the world have Phoenicians, Greeks, Romans, Byzantines, Arabs, Normans, French, Germans, Spanish, Italians and the British left their own unique impressions on the culture and the land

5) it is one of the largest wine regions in Italy

6) it has an enviable climate, fertile soils and unique terroir.

So why is it then that such a unique place, that has been making wine for millennia, is so unfamiliar to many twenty-first century wine drinkers? I believe it is because Sicily has not yet created a strong wine identity for itself.

For most of the twentieth century, Sicily produced enormous amounts of grapes that were exported to the Italian mainland and used to make wine elsewhere in Italy. The indigenous grapes were not made into Sicilian wines, marketed as such and exported to other parts of Europe or the new world, such as the US, Australia, New Zealand or South Africa. It has just been over the last twenty years that enormous changes have begun to take place in Sicily. There has been a paradigm shift among the newest generation of Sicilian wine makers. They have come to realize their climate, fertile soils, unique terroir and grapes varieties are as special and noteworthy as other famous wine regions within Italy. Some of Italy’s finest wines are being made in Sicily and many international prizes confirm it. However, besides Planeta, Sicilian wine makers and wineries just haven’t marketed their wines enough or in a way to create a specific identity for themselves.

Their climate, fertile soils, unique terroir and grapes varieties are as special and noteworthy as other famous wine regions within Italy.

Furthermore, Sicilian wines have remained fairly inexpensive. This can be a blessing and a curse. It is a blessing for those who know how good the wines from Sicily are and can snatch them up for $15 to $20.00 a bottle, and it can be a curse because many still believe a wine can’t really be that good if it’s not nearly as expensive as say Barolo, Brunello di Montalcino or Amarone.

I believe that with a collaborative marketing strategy amongst the Sicilian winemaking community we will see the trend move upward on wine sales and wine prices. Sicily just needs to create a sense of identity for their wines and educate consumers. The wines from Sicily are important because they have had something to say about their culture and their land for millennia and I sure hope many more millennia to come.

Kristin Savino is a Sommelier and the proprietor of Vino di Savino, a Chicago-based wine tasting and wine education company. She provides private wine education events in the Chicagoland and Northwestern Indiana regions. Learn more at vinodisavino.com.