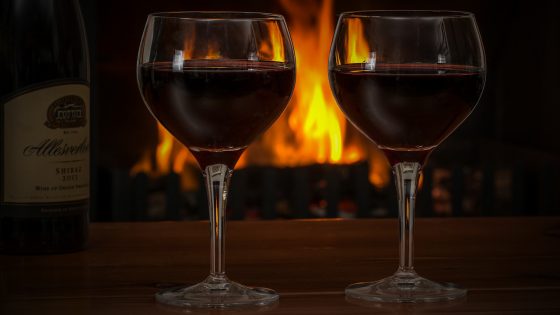 The Widow’s Wine: A Short Story

It had been an extremely long couple of months, and in the end, it was as much a relief as a sadness to bury Richard, my husband of 42 years. Being the surviving spouse of one who dies after a long and drawn-out illness isn’t easy. I missed Richard terribly, but in my mind, he had been gone for quite some time. When the terms of his living will had been reached and the doctors shut off the life support that had been sustaining him, I wept, but they were tears of inevitability.

How does one go one without a part of themselves? I wasn’t sure, to be honest. When I walked back into the house we had shared for 37 of those 42 years, it was like walking into a stranger’s place. It was too dark, too quiet, and too lifeless to be mine. The air became stifling and I needed to get outside. I fetched a bottle of wine from Richard’s cellar, a glass, and made my way to the fire pit down by the edge of the lake.

I had resisted the wine cellar to begin with. It seemed like a foolish luxury that was reserved for the exceedingly wealthy, or the downright pretentious. “If you have wine, you’re never alone,” Richard had said, trying to convince me. Of course, he meant that we’d have all sorts of parties and friends over to help us drink. And there were, at first. But as life goes on, the grandest of plans often dwindle to ashes of their former flame. It wasn’t more than a few years before our spectacular parties became the two of us, nestled in front of the fire at the water’s edge, enjoying a bottle of something he was immensely proud of and that I couldn’t pronounce.

That night I hoped to recapture the feeling of relaxation, and maybe even evoke the spirit of my late husband. I kindled a fire and threw a few larger logs on top before settling into one of the white Adirondack chairs to watch the sun set behind the mountains on the other side of the lake. Richard and I had certainly chosen a beautiful spot. The sun burned through the changing fall leaves and set fire to the surface of the water as I poured my first glass. I had chosen a bottle of Cabernet, mostly because I knew how to say it and I prefer red wine to begin with.

A few sips into my glass, I heard footsteps approaching over the dry leaves that had fallen on the yard. I turned, somewhat startled to see the neighbor approaching down the lawn.

“I’m sorry, Cynthia. Didn’t mean to. I saw the smoke and wanted to make sure that everything was okay over here.”

Warren had divorced some five years earlier. He and Richard had been friendly, occasionally playing cards together, or enjoying cigars on the porch. The sparkle of the setting sun on the water was reflected in his smiling blue eyes and his gray hair wafted softly along with the gentle breeze off the water.

“Yes, fine,” I said finding my voice. “I was just having a glass of Richard’s wine in front of the fire and watching the sun set.”

“He was a good man,” Warren said, as an offer of condolence.

“Yes, he was. But I’m being rude, would you like to join me?” I asked, motioning towards the second Adirondack.

“That’s very kind of you, Cynthia,” he said. “But I’m sure you’d rather be alone tonight.

“Well, alright. I’d love to then,” Warren said, sitting down in the chair beside me.

“Can I offer you some wine? Richard said this was an excellent bottle. It’s a cabernet.”

“I’d love some, but to tell you the truth, I don’t know much about wine.”

I rose and started back towards the house, with Richard’s words echoing in my ears. “If you have wine, you’re never alone.” He was right, as always.

Pick up Thomas’ debut novel, “Evergreen” in paperback and e-book on Amazon! 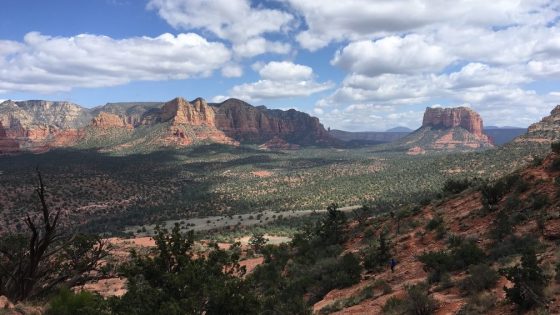 Your Favorite Cab is from Arizona!?

When you think of wine, Arizona is far from the first thing that comes to mind. In fact, unless you’ve traveled to visit an Arizona winery there is a good chance you’ve never even tasted any. Even at grocery stores in the area, it’s not all that easy to find unless you know where to look. I’ve lived here for over 20 years and only just had my first taste of Arizona wine quite recently.

My family was in town from Japan and we ended up taking a road trip up to Sedona so they could see the sites. After hiking up Cathedral Rock and visiting Slide Rock State Park, we took to the city to spend our last few hours before heading back to the valley. Since we were all hungry after our day of hiking, we found the perfect restaurant that set the mood of Sedona, the Cowboy Club. I’m always looking to try new foods and so we ordered rattlesnake as an appetizer and for my main course, I had buffalo with mashed sweet potatoes and what may have been the best asparagus I’ve ever had. By now you’re probably wondering, “What about the wine?” Well. . .I was very tempted to order wine with dinner, but I opted not to. As it turns out, that was a decision I would not end up regretting.

After we finished dinner, we started moseying around Sedona. The first place we ended up was the shop right next door to the Cowboy Club, Made in Arizona. As soon as I walked in and saw the wine tasting counter, I was immediately glad I hadn’t decided to order wine with my dinner.  Not knowing what to expect, I stepped up to the counter and started my first experience with Arizona wine. I tried several wines and there were two in particular that really stuck out to me. The first was the Kokopelli Chardonnay. But the one that really blew me away was the cabernet sauvignon from Freitas Vineyards.

Now when it comes to a good cab, I’m accustomed to the big bold cabs out of Napa. I do enjoy them, especially with steak, but at times I think the boldness can be a little much. When I took a taste of the Freitas cab, I was expecting that familiar bold cab flavor. But what I got was a complete surprise. It was still very much a cab, but without being so in-your-face. For me, it is the perfect balance.

Now the bad news is that there are only a few select places you can buy this wine, even here in the valley where select stores stock local wine I’ve found it impossible to find. While writing this article, I naturally had to find out and it turns out it is available at a few select stores in Sedona, AZ (a great place for a nice weekend getaway) or you can order it from Vino Di Sedona, their official tasting room. When you do get your hands on a bottle, you will definitely be glad you did. 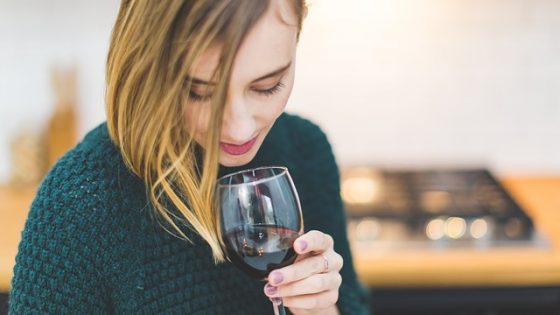 Contribute to Our Wine Blog

Do you love wine? Talking about wine? Writing about wine? Then why not consider contributing to our wine blog!? We are always looking for new articles about wine to share. You don’t have to have some specific knowledge or be an expert Sommelier to contribute, (although that’s great if you are) you just have to have a great story that involves wine. Whether you just got back from Napa or have a great unknown winery in your home town, we would love to hear about it. Don’t think you’re really the best writer? No worries. I will be more than happy to edit your work to make sure you come across like a pro. It’s a great way to get a link back to your own site to help improve your SEO.

If you would like to contribute to our blog, just shoot me an email at Stories@WineCellarLiquidators.com with your submission or any questions you may have. I look forward to hearing from you.

There’s something unique about the way wine brings people together. My best personal experience of this occurred over a year when a few friends and I decided to have dinners every week. It sounded like a great way to make sure we stayed connected. So we started getting together once a week, enjoying great food and conversation. Naturally, I was the one in charge of bringing the wine. END_OF_DOCUMENT_TOKEN_TO_BE_REPLACED 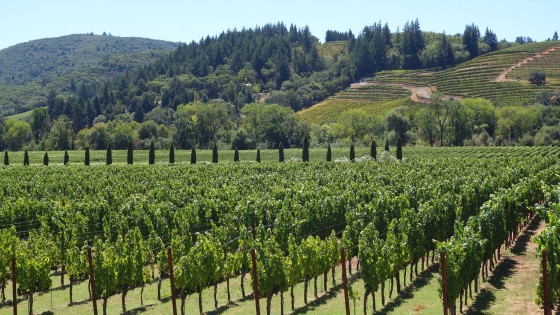 There is perhaps no other business that people enter into solely because they love the place, the people and the product so much that they want to change their lives for it. That the romance of wine. It’s what draws people to it. The mountains and valleys of Napa are dotted with family-owned wineries, and those families have poured their hearts into their work. The results are among the best wines in the world. They are hidden gems waiting to be discovered.

END_OF_DOCUMENT_TOKEN_TO_BE_REPLACED 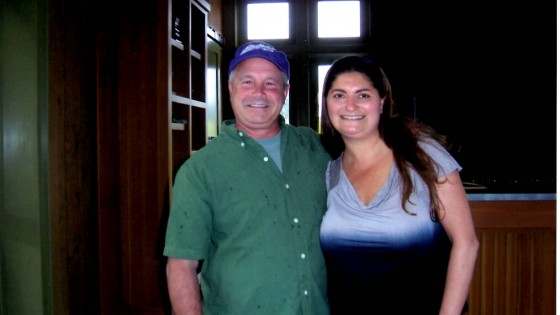 How I Met Two of My Favorite Wines

I’m often asked what my favorite wine is. That is kind of like asking a mother who her favorite child is. Wrong, on so many levels. In all honestly, I probably haven’t even tasted it yet. But I do have some wines that I go back to over and over again. Each vintage is a bit different due to climate variation, but delicious nonetheless. END_OF_DOCUMENT_TOKEN_TO_BE_REPLACED

Since I create wine tasting experiences, I spend a good deal of time around two of my favorite things: wine and wine-lovers! So often people ask me, “What’s your favorite wine?”. And nearly every time, I stumble over my words and mutter something along the lines of “it depends…” followed by a string of vague and indistinguishable words. I really struggle to answer for a number of reasons.

END_OF_DOCUMENT_TOKEN_TO_BE_REPLACED 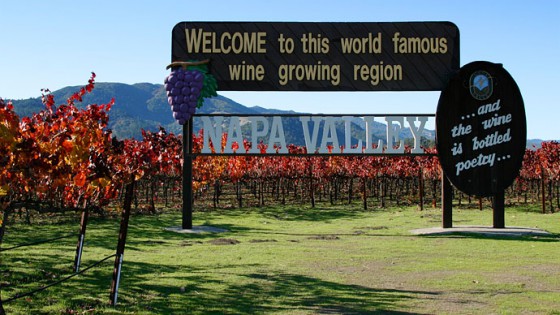 Back in 2008, I received an email from a friend who worked at a client’s winery. She asked me if I had ever been to the Napa Valley Auction. I hadn’t, but as it turns out, she had 2 tickets to the upcoming Friday Event and asked if I would like to go. There would be food, wine to taste and lots of wine to bid on. At first I was a little hesitant, as I know that there are two things I really don’t like to mix: drinking and bidding. That is usually a cocktail for disaster when it comes to my credit cards. But then, I thought about it and figured, “ehhh, why not?” So, I respectfully accepted. To my surprise, it would turn out to be the best wine experience in the valley I ever attended (I was there for 11 years). END_OF_DOCUMENT_TOKEN_TO_BE_REPLACED